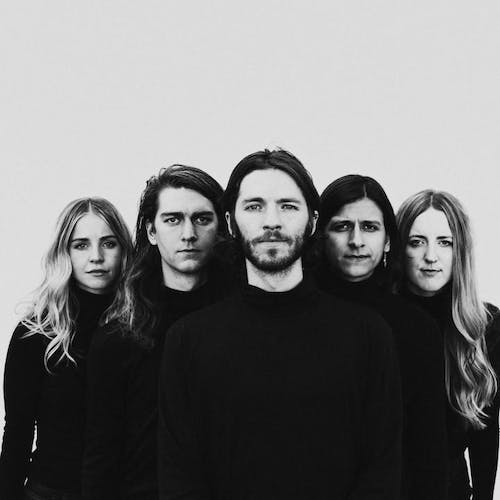 We are a folk-rock band from Flagstaff, Arizona. We tell stories through our music. Sometimes we perform them for our friends. We have a new album coming out in 2019 called New Nostalgia - plus three other independent releases. You should check them out. They say way more about us than any bio ever could.

Eager to trade a rooted, restless life at home for new horizons, indie-folk songwriter B.R. Lively decided to hit the road in the summer of 2016…for good. Leaving town in a renovated 1991 Winnebago named Joanie, he began making his way across the country.

It was a new way of life — a whirlwind of blue skies, campsites, national parks, state routes, driveways, and mile markers, with new landscapes flashing by the windshield at highway speed. Lively felt transfixed, transformed, inspired. He'd literally unplugged himself from his world back home, now living in a cozy, wood-paneled vehicle equipped with solar paneled electricity. Along the way, he finished writing songs for his first solo album, Into the Blue.

Released on October 6th, 2017, Into the Blue is a cinematic record rooted in folk music, Southern Gothic soul, and the therapeutic rush of the open road. There are sweeping string arrangements, folk anthems, Motown-inspired rhythms, Nick Drake-worthy acoustic guitars, and slow, stripped-down ballads. At the center of the mix is Lively himself: a self-taught singer and multi-instrumentalist who isn't afraid to shine a light on the lessons learned during his physical and spiritual journey.

It started with a shatter. Cracks spread and splintered, heartbreak crumbling the hardened walls of ego. Absent this learned protection, Lively’s sense of self dissipated. Rather than empty, this left him feeling open, buoyant, as though his insides had been cleared of long-standing debris. With openness came expansion. His heart, mind, entire consciousness seemed to have been awaiting room to grow and his still-tender soul proved fertile. This album chronicles that journey; it is an awakening and an invitation. It marks a distinct and conscious shift from Lively’s previous projects. No longer is he simply concerned with playing an instrument, Lively is learning to become one.

Lively launched his career as a teenager in Dallas, Texas, cutting his teeth with a string of club gigs in Deep Ellum. He headed east after graduation, settling in Athens, GA, to attend college and broaden his horizons. Several years later, Into the Blue finds him returning (briefly) to central Texas, where he recorded the album's 11 songs alongside producer Gordy Quist (the frontman of Texas' own Band of the Heathens), longtime friend Thomas Avery (who wrote the album's lush string arrangements), and Band of Heathens members Scott Davis and Richard Millsap. The most electric, nuanced project of his career, Into the Blue turns Lively's experiences — both at home and on the road — into what he calls a "sonic journey of spirit."

"That first year on the road was a time of immense self-discovery," says Lively. "I've been focused on practicing a more conscious way to live in this world with awareness, integrity, and respect for other people, myself, and the Earth. Suffering can be a catalyst for change, and for me, getting my heart broken gave me the opportunity to deepen the relationship with myself and explore the openness of a renewed and transformed mind within my music and my life."

Tracks like "Oh These Eyes," "Lonesome," and "Minute by Minute" are inspired by the breakup itself, while "Summertime Sky," "Free Of," and "Are We in it For the Gold?" find Lively making perceptions about the world at large. The result is an album that's both intimately personal and widely universal. Released independently, Into the Blue marks a new chapter in a story that's still unfolding, offering up melodic plot twists, sympathetic characters, and a narrator who doubles as one of the folk scene's most promising up-and-comers.

Lively lives on the road, traveling the country, to share what is his most pure, heartfelt creation to date. He attempts, through his music and lifestyle, to connect not with our surface selves, but with our often silenced and forgotten souls.