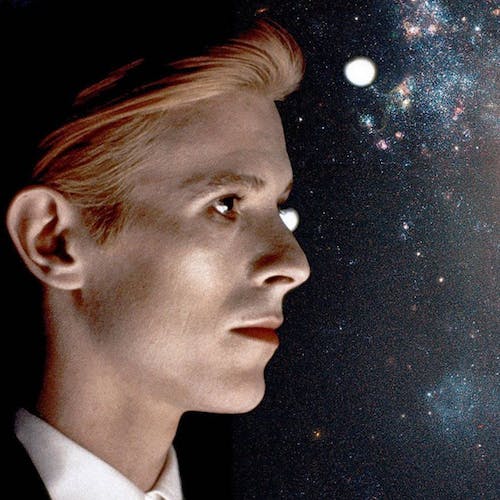 The Ballroom Blitz: A Total Glam Bam For Bowie

In the early 1970s, a musical rebellion took place in Britain. These revolutionaries, armed with fantastical lyrics, outrageous personas and sexual ambiguity created a push back against the macho culture of rock and roll. They covered 60's flower power and bubblegum in glitter, zipped it up in platform boots and called it glam rock.

In tribute to these rebels and this rebellion - the *very* rebellion that gave rise to Bowie and his legendary creation Ziggy Stardust - Days of Bowie has decided to turn up, turn out, and turn on for this year’s ball with The Ballroom Blitz: A Total Glam Bam for Bowie.

Led musical director Ben Landsverk, the all-star band “Afraid of Americans” The band will be joined by guest vocalists for 2 sets of hits from Slade, Lou Reed, The Sweet, Roxy Music, New York Dolls and of course, Bowie.

While this is not costume mandatory, we encourage you in the spirit of Bowie, Bolan and Lou to glitter, glitz and glam it up, after all you ARE the party.