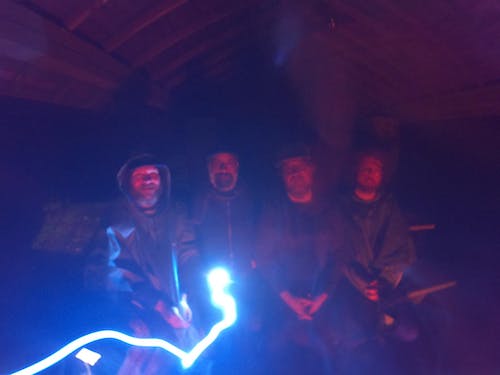 The Appleseed Cast is a band from Lawrence, KS. They formed in 1997, and released the first album in 1998. They have since released seven albums, including Illumination Ritual in April of 2013.

Post-punk from Lawrence, KS. The band often tours with The Appleseed Cast, both of which feature Nathan Wilder on drums. Prior to their formation, Sean Bergman and Billy Ning were in a band called Atone At Tone, along with Paul Ackerman, Zach Barthelman, John Cruz (5), and Keanon Liggatt, which is notable for serving as a segue after Billy's previous band Proudentall ended.