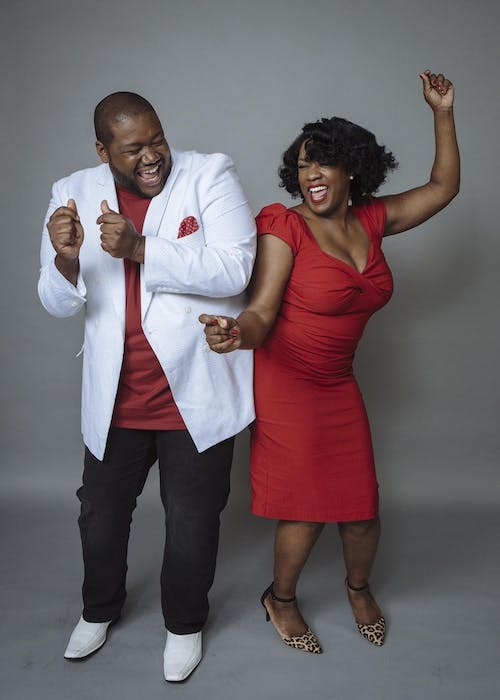 The rock/soul duo with an electric live show, co-presented by Pickathon

The War and Treaty

The War and Treaty

As The War and Treaty, Michael and Tanya Trotter serve up healing and pain robbing with freewheeling joy on their new full-length album, Healing Tide. Funky bass lines, keys, lap steel, acoustic strings, and stripped-down percussion create a swampy Southern soul bed for the couple’s transcendent vocals. A tour-de-force produced by Buddy Miller, the collection swaggers with confidence only gained by artists who are wholly, proudly, themselves.

Michael is a wounded warrior who found his voice while serving in Iraq, when he was pulled from the frontlines to write songs for the fallen. Tanya is a lifelong artist, drawn to singing’s power to take another’s pain away. “You have to have a deep place of love within yourself to be vulnerable,” Tanya says. “With The War and Treaty, we allow people to see two people that are not perfect. We get on stage. We sweat. We’re overweight. We yell. We get ugly, we scream! My hair comes loose. We’re vulnerable––naked––in front of people, and it’s a chain reaction. It allows them to be vulnerable, too.”

The War and Treaty’s music and stories bring tears and goosebumps, but ultimately, more is at work. “I want people to feel like we care,” Michael says. “When you think about artists, you don’t think about that.” He pauses and grins broadly. “But that’s the way I want the world to feel about The War and Treaty.”

By the time he was 27, Philippe Bronchtein had logged several hundred thousand miles in on the road, crossing and recrossing the US and the Atlantic. In a few short years, he had quickly become one of Portland's most well-loved, consommate road-warriors, cherished by fans of songcraft, other songwriters, and the bandleaders who, over and over, invited him to join them on tour. Still a young man, he'd released three LPs, numerous splits, 7"s EPs, and singles under the moniker Hip Hatchet and toured as a multi-instrumentalist for the likes of Esme Patterson, The War & Treaty, Quiet Life, and others. He relocated to Nashville in 2017 to continue working as a touring musician. But the endless cycle of barely-occupied sublet apartments, ephemeral friendships, and might-have-beens left him drained, burnt out, longing for some semblance of stability or a connection that remained always tantalizingly out of reach.

"I keep telling myself this is the life that I chose," he sings on album’s title track Me and the Moon, a reflection on the solitutde of traveling alone. Me and the Moon holds, at its core, a fundamental question - if you devote your life to labor, what is left to go home to?

It's a tender, restrained record, distilling and developing his previous work with a confident stylistic voice; his vocal naked and close, the arrangements uncluttered and deliberate - a brushstroke of pedal-steel crying in the left ear, a faint swell of a synthesizer somewhere through a highway tunnel, the deft chiming of fingerpicked guitar melodies. The writing is unhurried and poignant, each story linked by a wistful kindness - for both the author and the characters that drift in and out of his life. As weary as Philippe clearly is by the end of side B, he never comes across as bitter, rather, he delivers his words with an obvious empathy that is much better felt than described.