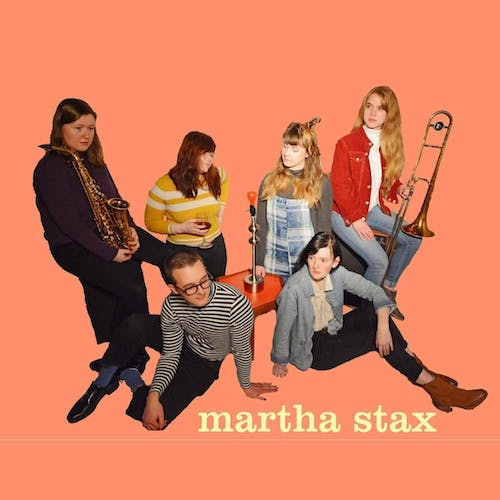 Martha Stax is a 6-piece minimalist/art-rock group from Portland, OR. The sound of early rock ‘n’ roll meets be-bop with a twist. A kid in a candy store in 1956. A small choir that repeats on a skipping record: stark and contrasted. Short compositions that are honest and playful. Stripped down rhythms and eerie, dream-like melodies are sure to leave you humming a different tune.

"Seeing Lizzy Rose play a show is always a magical delight. Her catalog is worth digging into. Miss Rose fronted Denver weirdo indie-pop outfit Vitamins before touring with the Flaming Lips, singing on their Dark Side of the Moon tour. Now settled into her captivating solo project, the songwriter sings in her hauntingly beautiful falsetto lilt over melancholy piano and guitar soundscapes, creating startlingly tender and gorgeously crafted dreamlike songs." - The Stranger, Seattle

Schaus is an electronic, wannabe-pop project who performs in Portland, Oregon. Schaus released his debut album, Handshake, through UK record label Them There Records. The album has no features and was written, recorded and produced by Schaus.

Lately, Schaus has formed a creative partnership with drummer cjhermsen for live shows meant to bridge the gap between feeling and reality. Schaus is also working on a follow-up LP to be released in 2018.