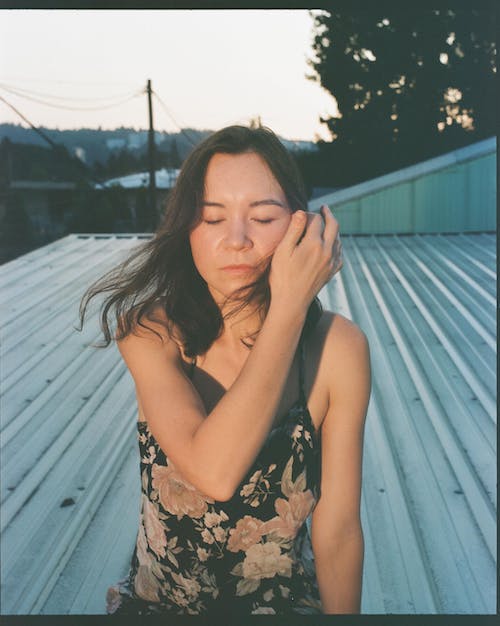 “For me, songwriting comes from a place of wanting to find the truth in life. Sometimes that truth is so complex and nuanced that it requires a whole song to explain,” shares Maria Maita-Keppeler, the principal songwriter and front person for the Portland, Oregon-based indie rock band MAITA.

Maita-Keppeler’s bold vulnerability and literate flair is on full display on the quartet’s debut album, Best Wishes. The album will be out on venerated indie imprint Kill Rock Stars (Elliott Smith, Sleater-Kinney, the Decemberists) which is a story in itself. Until recently, KRS was headed up by Portia Sabin, whose husband Slim Moon founded the label. When Portia played MAITA’s record for Slim, who retired from the label 12 years ago, he experienced something of an epiphanic moment. “My love of MAITA, and my belief in Maria's songwriting, pulled me back into the record business,” Slim affirms. He has since returned to his original role as president of Kill Rock Stars.

Maita-Keppeler began experimenting with songwriting while soaking in the indie artists of the 2000’s such as Bright Eyes and Feist. She related to how these writers interweave reality and poetry, and resonated with their emotional candor, particularly in light of her tendencies toward emotional restraint while growing up.

“I have always had this desire to make sure everyone is happy and no one is dissatisfied or hurt,” Maita-Keppeler explains. “Music has been a place for me to demand the free space to say what I want to say.”

Best Wishes balances ethereal musicality with visceral expressiveness. This juxtaposition is mirrored in the arrangements through potent use of loud and soft dynamics and in Maita-Keppeler’s lyrics, which manage to be layered, literate, but also impactfully concise. Select album standouts include “Broken Down Boys,” “Japanese Waitress,” and “Perfect Heart.”

On the stately “Broken Down Boys” Maria unpacks how we often romanticize tragedy when are young, fetishizing it, seduced by it, without acknowledging the real people who bear its burden. A powerful point in the song’s narrative arc is when the protagonist searches online for the battered souls she cared for as a kid. Here, she details their struggles and fate, concluding with the biting lines: And I was another hungry girl / I said can I take a picture of you / Print it out and frame it in blue / Hang it on the wall of my room / Keep it close to make myself feel better / Keep it close to make myself feel older.

The haunting “Japanese Waitress” features a stirring patchwork of a-day-in-the-life vignettes. Together, these form a tapestry that illustrates what it can mean to be an artist with a wearisome day job.

“Perfect Heart” showcases the band’s dynamic surf-rock musicianship as fiery vessel for Maita-Keppeler’s pointed lyricism. The song’s raucous nature befits its playfully headstrong message. “It’s very tongue in cheek,” Maita-Keppeler acknowledges. “My heart is anything but perfect, but that song’s narrative is what I might repeat to protect myself when I feel too sensitive.”