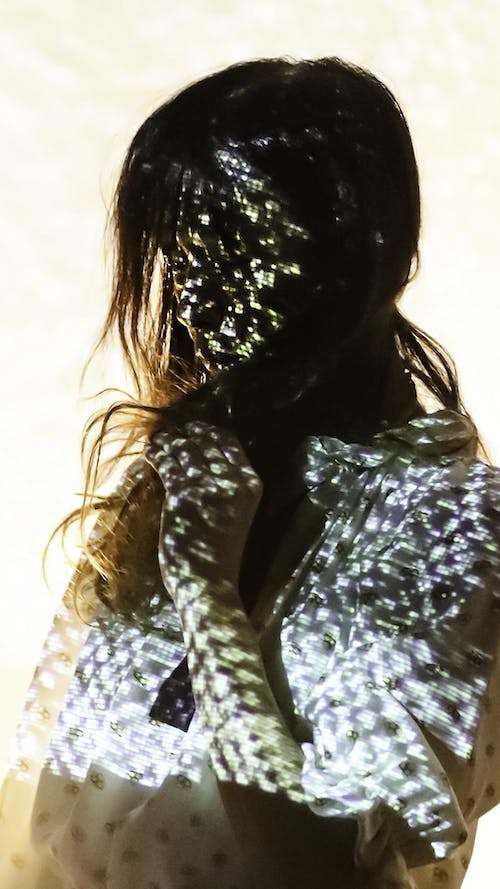 Mesmerizing is the word for “Adult Baby”, the first solo record by Kazu Makino, to be released on September 13th on Adult Baby Records, her new label. After nine albums with Blonde Redhead, New York based band in which she had accompanied the Italian twins Simone and Amedeo Pace as singer, songwriter and multi-instrumentalist, the Japanese American artist has plunged into a new musical adventure, and is now prepared to re-present herself to the world in a completely new persona, intimate and totally unique.

In the new tracks of “Adult Baby”, there are echoes of Blonde Redhead here and there, but the record represents Kazu in her purest and most visceral essence.

The result is a record that is hard to classify – a guarantee of great value – but that in terms of attitude and sound could be described as rooted in refined, avant-garde pop, in which Kazu’s warm and sensual vocals are the main vehicles that bring to life an ethereal, delicate, dreamy world, and at the same time exhibit a rare intensity, which morphs into episodes of seductive romanticism.

Adult Baby”, an album she co-produced with Sam Griffin Owens, with contributions from significant pioneers of the global pop, electronic, rock and indie scenes such as Ryūichi Sakamoto, the Brazilian percussionist Mauro Refosco (Atoms for Peace, Red Hot Chili Peppers, David Byrne) and the acclaimed drummer Ian Chang (Son Lux, Landlady). A surprising journey in sound, based on an intriguing mix of synthesizers, moog, loops, percussion, snippets of piano and grand melodic orchestral breaks that remind the listener of Serge Gainsbourg and the soundtracks of certain Italian movies from the Sixties. It’s no use fighting it: once you have set foot on the planet Kazu, you are immersed in otherness.

Kazu’s story begins in Kyoto, Japan, where she was born to a young unwed couple, neither of whom can recall the hospital, date, or any specific circumstances of her birth. Desperately searching for an object of her focus, Kazu’s parents turned her towards musical instruments. Kazu flourished in music. It opened a new mysterious world to her.

As the years stretched her limbs and her mind, Kazu traded her pastoral childhood for the bustle and electricity of Tokyo. It was there, down a neon lit alley that she serendipitously bumped into a tall, dark and curiously handsome American stranger with a saxophone slung 'round his chest. “Live with me in New York and be my best friend.” She didn’t understand his words, but she understood his eyes, and so she followed him eleven thousand miles. That man was none other than musician, painter and actor John Lurie. Under his wing, Kazu quietly observed the world of fame, money, fashion, art and the underground. Soon, she wouldn’t be so quiet; she learned English and started to make the noises that we’ve come to know her for. Blonde Redhead was the sonic intersection of those pastoral beginnings and the electric chaos of the metropolis.

Decades felt like mere moments and Kazu’s singular obsessiveness slowly turned inwards and away from collaboration, as she began to forge a project that was solely of her own making. Adult Baby is an introspection, an unmonitored and free exploration of uncharted waters, and a massive accomplishment of melodic cacophonous architecture.

On naming the album and imprint, KAZU explains, "The title came to me when an old friend told me about the existence of so-called 'adult baby club,' frequented by powerful men who go there to be treated like small children." She continues, "This discovery struck me, perhaps because I am convinced that in a way, we are all adult babies, that many people feel that way inside and that they identify with this expression. Each in his own way: Adult Baby is a title that can be taken in many ways; some will think it curious, others erotic, others still strange or tender: it all depends on how you see it."

“... [‘Salty’], like so many Blonde Redhead songs, still conjures its own atmosphere and makes you feel like you’re in a completely different place.” - Stereogum

“Not surprisingly, the wistful, aquatic techno-pop of ‘Salty’ sounds a far cry from anything Blonde Redhead’s gotten us used to.” - Tiny Mix Tapes

What happens when you get Klaus Shulze into some tight-fitting American jeans? Yes I know, the periennial question - well we here at Field Hymns have the answer and of course the result is Grapefruit. Muscular and fluid, Grapefruit speaks a brogue of 70's Kosmisch and 80's action flick scores, woven into a rich expanse of arpeggiated streams, analog sunsets and cosmic beaches. Recommended for all lovers of analog synth artistry.