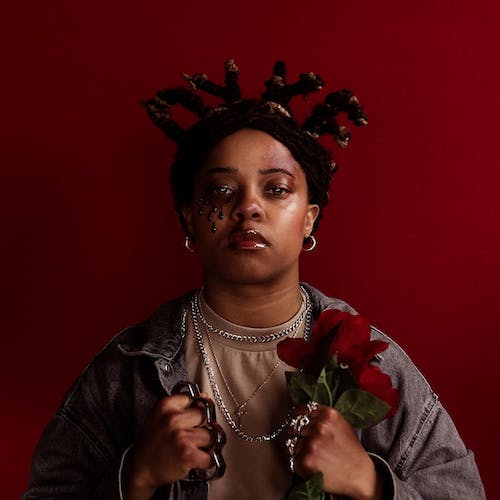 KayelaJ, a 23-year-old female lyricist and radio personality, was born and raised in Northeast Portland, Oregon. At age seven KayelaJ became inspired to become a rap artist after witnessing a snippet of Lauryn Hill’s Doo-Wop (That Thing) music video. She then honed her skills by utilizing the recording studio at Self Enhancement Incorporated, a summer school and after school program for underprivileged youth. In her earlier days she performed at talent shows and small local performances around Portland, OR. In 2013 KayelaJ decided to take a hiatus from music and instead focus on school. KayelaJ is now again pursuing her childhood dream of becoming a rap artist. Her first contribution to the Hip Hop scene was her debut single “Kayela to the MF J," which was followed by her other two singles “Check X3” and “Heat Gentlemens Club.” All three singles will be on her album, which will be released in late 2019.

Her musical influences include artist such as Lauryn Hill, Nicki Minaj, Kendrick Lamar, Missy Elliot, Janelle Monae and Chance the Rapper. Within her music she enjoys incorporating poetic lines, harmonizing melodies, and using high and low tones all of which livens her delivery for listeners. Her musical content sometimes consist of topics surrounding the black community and the LGBTQ community. She also enjoys making fun, empowering music and incorporating different hip hop styles and different genres within her music. Although she labels herself a Hip Hop artist, her music, her rapping, and her creativity has no limits and she refuses to put herself into a single box or category.