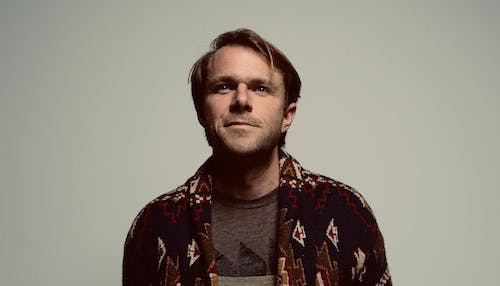 Commanding and sensitive Seattle songwriter / Head and the Heart cofounder

Although healing can be the hardest thing to do, Josiah Johnson has allowed his recovery from the darkness of addiction to fuel a bright new return to music.

A former and founding member of indie-folk band The Head and The Heart, Johnson’s burgeoning solo career offers him the ability to dive into a restored self. His new musical catalog is flush with deep, soulful ballads that paint the imagination with the rich and emotional landscapes of love, loss and true transformation.

“I’ve started writing some songs that are more healing,” Johnson explained. “Then, by singing them over and over again the self-fulfilling prophecy will be for wholeness. A lot of the songs I used to write were about the way things aren’t the way they used to be, they’re changing, I don’t have what I wanted to have, which are all totally valid things to mourn. But when I lived in them for so long, I believed it was the story of my life. But the story of my life is that I’m very privileged and I have tons of wonderful things. And so, I’ve been trying to both acknowledge the things that are painful and also have songs that have the perspective of the wholeness."

Caitlin Jemma is a singer-songwriter on the rise. Marked by country and delivered with soul, her songs are love notes offering encouragement to be your baddest self—in the pursuit of magic, adventure, and discovery.

Jemma’s genre-defying 4th studio album, Love Notes, is as bold as it is beautiful. Recorded and produced by Bart Budwig at the OK Theatre in Enterprise, Oregon, Love Notes sees Jemma stepping out into a brave new electric frontier, while retaining the intimacy of her first three albums.

Raised in the high desert of Northern Nevada, Caitlin Jemma is a small town girl with a big country heart. Whether performing solo or with her band, The Goodness, Jemma attracts listeners into an intimate atmosphere where her sultry storytelling lives.

Rebecca Marie Miller is a force borne from Harrisburg, PA—an ever-expanding musical community. Miller's career dates back to 1996 at just the tender age of 16; her work then and since has been rooted in lilting, poly-instrumental, driving melodies dipped in melancholy. Lyrics serve as the focal point of her songs and stick close to confessional autobiography.

For 10 formative years, Miller fronted and wrote songs with Harrisburg’s Brave the Day, a band that she co-founded. Upon the dissolution of Brave the Day, Miller packed up shop and headed west to Los Angeles spending nearly two years “making lots of mistakes and losing lots of money.” In early 2010, Miller sold most of her belongings and began a solitary and slow path back home. Making her way north and then east, Miller would reconnect with Laura Burhenn, friend and founder of the Omaha based music collective The Mynabirds. Not long after, Burhenn would invite Miller to tour nationally with The Mynabirds. Of that experience she says, “So many great things have happened since then, all because I took a long drive.”

Miller’s music is devoted to contrasting the ruminating familiarity of home against the glittering promise of the open road. Tipping her hat to former band mates from Brave the Day and current band mates The Mynabirds, she’s made a name for herself in her native Harrisburg as a brown sparrow sprung from a cage. With a guitar as dark and weathered as her boots, Miller’s songs trace the spine of America, connecting the wooden stage to her rolling tires, celebrating the month she lived out of her car just as much as the afternoon she finally turned back into her driveway.