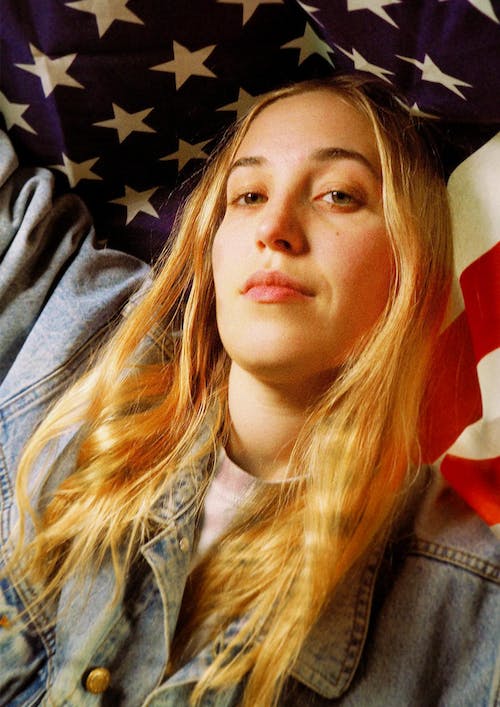 On her debut EP Sugar & Spice, Hatchie delivered the sonic equivalent of falling deliriously in love: a sustained rush of feeling, rendered in swoony melodies and gauzy guitar tones and endlessly hypnotic layers of sound. Now, with her full-length debut Keepsake, the Australian singer/songwriter tries on countless new textures, exploring everything from industrial to new wave to dance-pop, handling each with understated elegance and pure, powerful feeling.

In the making of Keepsake, the Brisbane-bred musician, otherwise known as Harriette Pilbeam, recorded in a home studio in Melbourne and worked again with John Castle -- the producer behind Sugar & Spice, a 2018 release that prompted Pitchfork to dub her the “dream-pop idol of tomorrow.” And while the album begins and ends with two massively catchy pop tracks -- the brightly defiant “Not That Kind,” the euphoric and epic “Keep” -- many songs drift into more emotionally tangled terrain, shedding light on experiences both ephemeral and life-changing.

Throughout Keepsake, Hatchie’s kaleidoscopic sonic palette draws out distinct moods and tones, continually revealing her depth and imagination as a musician and songwriter. On lead single “Without a Blush,” jagged guitar riffs and woozy rhythms meet in a sprawling piece of industrial-pop, with Hatchie’s gorgeously airy voice channeling loss and longing, regret and self-doubt. Another industrial-leaning track, “Unwanted Guest” unfolds in wobbly synth lines and fantastically icy spoken-word vocals, along with lyrics about “being dragged to a party I don’t want to be at, then getting at a fight at the party, and kind of hating myself for it but hating everybody else too.” Meanwhile, on “Her Own Heart,” Hatchie presents a radiant jangle-pop gem that puts a singular twist on the post-breakup narrative. “I’d seen people in my life go through breakups and end up with no idea what to do with themselves,” she says. “I wrote that song from the point of view of a girl who winds up on her own and embraces having to figure out who she is, who doesn’t let her life get turned upside-down like that.”

Elsewhere on Keepsake, Hatchie brings an unlikely transcendence to the most tender of moments. With its softly pulsing beats and slow-building intensity, “Secret” spins a heartrending anthem from what she describes as “confiding to a friend about your mental health struggles, the things you can’t work out on your own.” On “Kiss the Stars,” Hatchie’s cascading guitar work and mesmeric vocals meet with lyrics capturing a precise form of melancholy. “With that song, I wanted to recreate the feeling of a Sunday afternoon when the sun is setting and you don’t want the day to be over -- that awful end-of-weekend feeling,” she says. And on “Stay With Me,” Hatchie offers up Keepsake’s most utterly rhapsodic track, all incandescent synth and unstoppable rhythm. “At first I thought I could never put that on my album -- it felt too dancey and pop, and I figured it could really shine on someone else’s record,” she says. “But then I realized: I’m the one dictating what my sound is; what I put on my album is up to me.”

That self-possessed spirit infuses all of Keepsake, which ultimately serves as a document of a particularly kinetic moment in Hatchie’s life. “I’m not much of a nostalgic person when it comes to memories, but I do have a tendency to hold on to certain things, like tickets from the first time I went someplace on holiday,” says Hatchie in reflecting on the album’s title. “It made sense to me to call the record that, at a time when I’m going to probably end up with a lot of keepsakes -- and in a way, this whole album is almost like a keepsake in itself.”

"Orchin is the LA-based project of Jeremy McLennan, described by The Fader as a hybrid of “shoegaze, Cocteau Twins-style dream-pop, and new wave.” Launched in late 2016, the band has since released a string of singles and played with acts such as DIIV, Hatchie, Tamaryn, and Model/Actriz. After a year-long performing hiatus to focus on recording, the band recently relaunched their live act with a fresh set of songs from their debut album, due this summer. The new material marks a progression in McLennan’s sound, taking cues from pop, acid house, and country, and drawing inspiration from artists like Duster, Gram Parsons, and Arthur Russell. Orchin’s first single from their album will be out this July."

LA-transplant Ryan Linder was new to Portland and seeking a musical collaborator, but struck out in the wilds of Craigslist. A chance meeting at a dance club with Portland native Malachi Graham, a songwriter and vocalist, led to the formation of Small Million. They continually drive each other forward— Ryan, a perfectionist producer and composer, regularly stays up until 4 AM tweaking the tone on his analog synths and meticulously layering samples. He’s long been drawn to both richly emotional indie pop (Arcade Fire, Champs, First Aid Kit, Fleet Foxes) and creatively textured electronic music. Meanwhile Malachi takes bold charge of the vocals and lyrics for the project; with her background as a solo songwriter and Americana musician, she concentrates on lyrics that make you want to pay attention, compelling melodic hooks, and powerful vocal performances as influenced by her love of Neko Case, Kate Bush, and traditional country and Appalachian folk music.