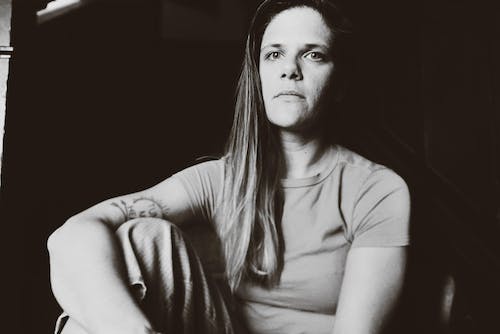 Hannah Glavor is a Portland-based singer-songwriter with a cinematic range of indie pop and folk rock. Her solo single releases (2019) and upcoming full-length record (2020) beckon a new chapter of sound and give language to hope; having weathered losses, difficult transitions, and surviving brain surgery. Hannah's cry for peace and hope, even in the worst of life's storms, is an invitation for all to fight to see and love others around them.

Hannah launched her career in 2010 with the release of her debut EP "O MY WANDERING HEART" (2012) offering a delightful sample of songs; giving tune to light in spite of our darkest days. Harkening to the tender harmonies of bands like the Beachboys and Fleetfoxes, Hannah weaves her strong melodies, honest lyrics, and addicting rhythms into our very core.

With the release of "Halcyon" (2013) and iteration of her family band, Hannah emerged from being a solo artist into leading a mature musical collective. With their powers combined, they demonstrate their impressive musical range coupled with raw authenticity.

Hannah is a seasoned Portland artist and has been on the West Coast scene for the past decade sharing the stage and touring with a broad range of sound (Liz Vice, Jospeh, Tiburones, Y La Bamba, Novosti, Catherine Feeney, Sama Dams, No Kind of Rider, Evan Way, Alela Diane).

With a vocal prowess able to adapt from singing gospel and soul at the Waterfront Blues Fest to choruses in Spanish with Luz Elena Mendoza, Country/Americana in pubs to Alt-rock in punk venues, from the wooded stages at Pickathon to intimate acoustic shows - Hannah stands out with a sound all her own with the ability to join and transform genres and create an all new energy and experience.

Holly Ann is a singer/songwriter native to Portland, OR. Her debut album “Ravens” came out in 2010 when Holly was 20. It was produced by Aaron Marsh of Copeland in Lakeland, Florida. The release was full of heartfelt and lamenting lyrics set to catchy melodies and lush arrangements, with many critics citing Holly’s writing beyond her years. It peaked at #3 on the Amazon singer/songwriter charts as well as breaking the top 200 on iTunes.

In December 2015, Holly Ann released her second solo album through Deeper Well Records entitled "Light & Bloom". Produced in conjunction with Evan Way of the Parson Red Heads and Danny O'Hanlon from Bungalow 9 studios, "Light & Bloom" showcases more of Holly's contemplative lyrics deeply in-tune with the joys and struggles of holding on to faith, this time with a stronger band presence inspired by artists like Emmy Lou Harris's "Wrecking Ball" and Mazzy Star's "So Tonight That I Might See".