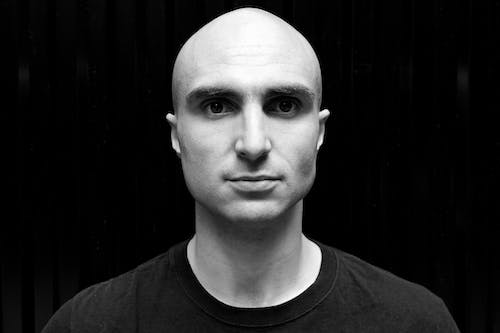 Devon Welsh is a Montreal-based singer, songwriter, and artist. He released two critically acclaimed albums as the frontman of Majical Cloudz, an electronic duo whose intense and innovative music combined aspects of poetry, hardcore, minimalism, and folk.

Appearing as part of a limited set of four performances this summer, Welsh debuts his new solo project—one that steps out of the strict aesthetic established in Majical Cloudz while continuing and expanding on some of the core ideas which that project explored. His new songs are a series of reflections on themes: time, separation, the complexities of love, will, eternal life, and the seasons.

Picture your fiercest-self taking your more introverted-self on a loving pep-talk-fueled shopping spree. Imagine the feeling of driving down the highway listening to Springsteen with a car full of friends; pair that with the comfort of lying in bed next to a bag of M&M peanuts watching Twin Peaks. Welcome to Sorry Girls.

Easier – their new 7” / double single – presents a culmination in Sorry Girls’ sound. Equally steeped in lament and celebration, its two songs are driven by uplifting vocals and synth-heavy arrangements. Cruisin’ power pop that cries equally with joy and sorrow. All the pleasure and regret felt by a hypochondriac who can’t resist a good cigarette.

Sorry Girls is a Montreal based duo consisting of Heather Foster Kirkpatrick and Dylan Konrad Obront. The two met in 2008 while studying at university, making joke songs on GarageBand together over pots of Kraft Dinner on the floor of their friend’s apartment. Though they didn’t collaborate on anything serious for many years, there was an immediate pull to create music together. It wasn’t until one serendipitous afternoon almost eight years later that they pooled their combined interest in powerful pop ballads to write ‘This Game’ sparking the inspiration for their debut EP Awesome Secrets, self-released in November 2016. The EP received more critical attention than they had anticipated, and with this momentum they began to play local shows, embark on a tour across Canada, and work on new music with new-found inspiration. Easier marks the band’s first release with Arbutus Records.