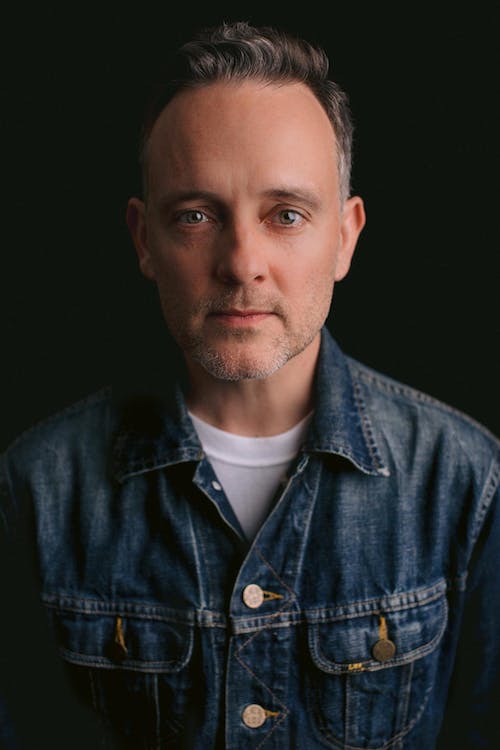 Life is a struggle. Even when things go our way, it’s a constant swim against the tide, kicking against the current in the hope we’ll eventually find the shore. That’s the premise behind Dave Hause’s fourth album, Kick. Kicking was the first thing he saw his newborn twins do and it’s something he himself has been doing all his life. His career as a musician has spanned two decades, and his songs have always been a quest for personal survival – about pushing through against the odds – but his perspective shifted dramatically after the November 2016 election.

This installment, out April 12th on Rise/BMG, finds Hause carrying on in the voice and tradition of classic American songwriters by tackling topics of hope, depression, global warming, a crumbling democracy, and growing old. These complex notions weave together with a joyous sing-along cadence that creates a soundtrack for the broken American dream. “The shift in American culture became really acute right as we put out my last album,” Hause explains. “All this great stuff was happening for me personally but with this backdrop of American ideals and American culture seemingly caving in.”

Those conflicting feelings sparked some deep, soul-searching conversations between Hause and his brother, whom he calls his musical soulmate, and Kick came together as the brothers worked more collaboratively than ever before, with Tim in Philadelphia and Dave in Santa Barbara. Over numerous Face Time sessions, voice notes and many, many calls, the pair found the album’s purpose and focus. “If the glaciers are melting, what’s the point?” asked Hause. “When the tide seems to be pulling you towards a black hole, what do you do? And I asked Tim that question and he said ‘You kick against it. I don’t know what else to do.’”

That sense of hope and defiance permeates this record from beginning to end. “Saboteurs” takes issue with the systems in place that value profits over well-being, while “Warpaint” serves as both a tribute to the women in Hause’s life as well as a moody call-to-arms. And on “The Ditch”, the record’s first single, Dave and Tim tackle mental health issues head-on, marking the first time in their respective careers that they’ve openly discussed their own struggles with depression.

One catalyst for doing so was the sudden and tragic loss of friend and musical inspiration Scott Hutchison. The Frightened Rabbit frontman took his own life in 2018, prompting the brothers to write about finding – and coming back to – a sense of meaning and purpose again after going through their own battles. Understandably, that track’s themes of finding the will to stick it out and make the best of where you are, quickly became a major keystone of the album.

“I think those ideas show up in almost every song in some capacity,” Hause says. Beyond the personal lyrics, the concept of ‘If I can’t make it out of this ditch, I better make a home of it’ can be applied globally. “There is comfort in desperation when you know that other people experience it too, and together you can both sing it and sing through it. As I listen back, I hope it offers more comfort than desperation. I hope we got that balance right.”

The brothers credit a busy touring schedule for their ability to write with more understanding and empathy, two qualities that are found in abundance on these 10 songs. Like many Americans, Hause believed the 2016 election divided people to create an “us versus them” mentality, but if you look closer it’s just really people trying to survive. He felt it was important to write about the things that were happening to the people “who have to get up and go to work every day.” That, Hause says, is when he and his brother really dug in. “It was about figuring out how to find the light that comes through the crack in everything,” he says.

This album doesn’t sugarcoat either the personal problems or the global challenges at its center. At the core of this record there remains a vivid humanity and a hope that things can – and will – get better, even if it seems like the odds are stacked against us. After all, when the only alternative is to drown, the first step towards survival is to kick.

Matt Goud (aka Northcote) may take you by surprise when he steps up to the mic. Though the soft-spoken Goud is known by friends and family as a gentle giant, he infuses his original songs with a uniquely powerful and confident voice.

Born and raised in small-town Saskatchewan, his early exposure to music was a mix of traditional country on AM radio and the hymns he learned at his childhood church. However, it wasn't until he discovered punk and hardcore music that he realized music’s healing and therapeutic power.

Over the past 8 years, few young musicians in Canada have put on as many miles as Goud who toured for years as a member of a post-hardcore band and has more recently transitioned into life on the road as a singer/songwriter with accompaniment by an ever-rotating slew of guests and friend musicians.

Northcote is set to return to centre stage in 2013 with a new self-titled album due May 7th via Black Box Recordings (Canada). Produced by Colin Stewart (Black Mountain, Cave Singers, Dan Mangan) at The Hive in Vancouver, the album is Northcote’s most forthcoming and confident album to date, reflecting this young songwriter’s increasing maturity and experience. Breaking the stereotype of the reserved and solemn cafe singer/songwriter, the album entices both the performers and the listeners to come out of their shell.

On NORTHCOTE, Goud further strengthens his voice as an emerging Canadian artist. Confident, full chords replace contemplative ballads, and the influence of his eclectic background of punk, soul and blues create a unique sound.

On the track How Can You Turn Around, the crew vocal soars behind the chorus of the song, replicating the sound and emotion of singing along with friends in the front row of a rock show. Songs including Counting Down the Days and I Hope the Good Things Never Die are more fully realized and richer than Northcote’s previous efforts, replete with grooving soul drums, horns, bouncy bass-lines, atmospheric guitar and sing-along group vocals. These songs signal that there is no need to sit passively by to experience the fast-paced, exuberant music of Northcote.

The hope and positivity of the material is apparent in the song Find Our Own Way, which challenges: “…whatever you got, you have to let it fly. Whatever you got you, have to give it one try” This song reflects the anxiety of coming of age in a media-saturated culture, where one can be so connected and yet be left feeling inexplicably lonely and at times with little direction or meaning.

This album sees Goud joined by Blake Enemark (We are the City, Forestry) on Guitar, Marek Tyler (Kathryn Calder, Dan Mangan) on Drums, Olivier Clement (Aidan Knight) on Horn, and Calgary artist Francis Gerrard on vocals throughout the album. Victoria-based musician Kathryn Calder, known both as a solo artist and as a member of The New Pornographers, appears on lead vocals on the late-night kitchen party track Only One Who Knows My Name, which closes the album.

In NORTHCOTE, Goud turns a new page with a strong, self-titled record penned primarily in the passenger seat of a Dodge Van parked along a seaside road in Victoria, B.C. Many pensive nights spent walking home from writing sessions and gigs throughout sleepy Victoria streets have helped shape a newfound confidence and connection to life as a musician for Goud, and you can hear this transformation in his voice.