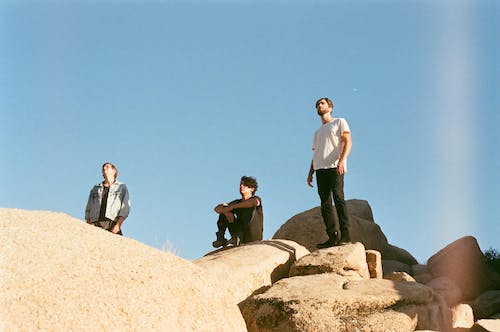 City of the Sun

City Of The Sun

The experiential music of City of the Sun is the sound you didn’t know you were missing. New York City’s powerhouse trio flip the perception of instrumental music, attracting a whole new generation to the genre.

Formed in 2011, City of the Sun features guitarists John Pita, Avi Snow, and percussionist Zach Para. The band’s sound has an array of influences including indie rock, American folk, flamenco, and blues; it’s been called worldly, cinematic, a mix between Rodrigo y Gabriela and Explosions in the Sky.

Kiltro is the project of Chilean-American singer songwriter Chris Bowers Castillo. Conceived in the lively, bohemian port city of Valparaiso, Chile, Kiltro draws much of its thematic energy from Latin-American folk artists like Victor Jara and Atahualpa Yupanqui, making for an emotive, rhythmic and stylistically unique merging of older genres with contemporary ones.

Kiltro expanded from a solo act in late 2018 with the addition of Denver musician Will Parkhill on bass and guitar, and percussionist Michael Devincenzi.