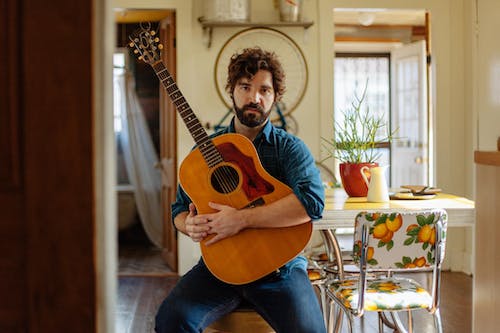 New Orleans native, Andrew Duhon, is a songwriter with an undeniable voice, weighted and soulful. His 2014 release, ‘The Moorings’, was nominated for a Grammy for ‘Best Engineered Album'. Duhon's new record, False River, was produced by Eric Masse and released in May 2018. No Depression describes Duhon as “A soulmate of Van Morrison lyrically and vocally.”

Meet Avid Dancer, former Marine and rudimental snare drum champ Jacob Summers. His single "Stop Playing With My Heart" is pretty much perfect in every way. From the harmonies to the dribbling bass line, from the tip-toeing synth and classically plucked blues guitar, this track becomes a super sophisticated love song with poise and class. There's a little bit of rock, a little bit of blues, and a lot of indie styling; the combination makes for an amazingly well-written indie rock song that'll appeal to the masses.