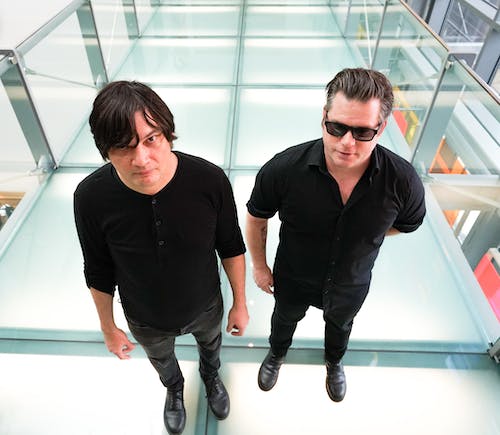 ...And You Will Know Us by the Trail of Dead

...And You Will Know Us by the Trail of Dead

The world’s most endeared art-rock mothertruckers ...And You Will Know Us By the Trail of Dead return to celebrate the release of their tenth album--X: The Godless Void and Other Stories - set for release on January 17,2020 via Superball Music in Europe and Dine Alone Records in North America. X: The Godless Void and Other Stories leans in and reaches forth….from the synth-orchestral swell of curtain-raiser “Opening Crescendo” that recalls Hanz Zimmer and Tangerine Dream to “All Who Wander”, a descending guitar-soaked high drama that simmers underlying despondance that crawls psychic. With a steady and consistent work ethic, the band has previously released 9 records and continues to charm the globe with a performance that channels a dichotomous blend of beauty and chaos. With a new line-up, AYWKUBTTOD has reverted to the live format of their earlier years, founding members Jason Reece and Conrad Keely alternating between drums and frontman duties--a musical partnership that dates back to their high school days. Appropriately, it all feels fresh as 2020 marks a 25 year anniversary for ...And You Will Know Us By the Trail of Dead.

Kinski is a four-piece rock band from Seattle, WA. The band follows their instincts to explore pathways from visceral guitar rock, to sonic and heady avant-psych rock, and sparse, atmosphere-bending instrumentals. NME has described Kinski as: “Like Sabbath in a washing machine during a power surge.” Comprised of guitarists Chris Martin and Matthew Reid-Schwartz (Matthew also plays keyboards and flute), bassist Lucy Atkinson, and drummer Barrett Wilke, Kinski has toured with Mission of Burma, Comets on Fire, Oneida, Mono, Black Mountain, Acid Mothers Temple, and opened a month of dates for Tool on their spring ’07 tour.