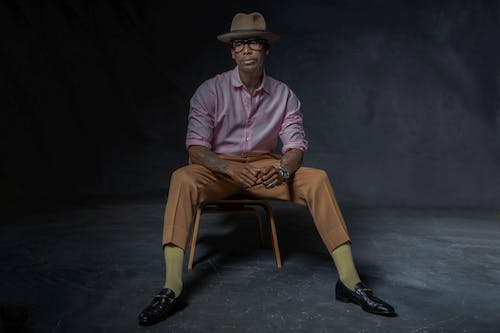 A Conversation with Raphael Saadiq

THIS EVENT IS FREE, ALL-AGES, ALL WELCOME

Raphael Saadiq is a Grammy Award winning musician, songwriter and go-to collaborator/producer for some of the biggest names in R&B. Solange Knowles, John Legend, Mary J. Blige, and D’Angelo are among the many artists who turn to Saadiq for his deep musicality, contemporary creative vision and encyclopedic knowledge of timeless pop music. He co-wrote career-defining hits for D’Angelo (“Untitled (How Does It Feel)”) and Solange (“Cranes in the Sky”), and his compositions have been covered, sampled or referenced by everyone from Ed Sheeran to Drake. In 2012, Saadiq was named to Time magazine’s 100 Most Influential People list and in 2017, he received an Academy Award nomination in the category of Best Original Song for “Mighty River”, from the film Mudbound, which he co-wrote with Mary J. Blige. On television, Saadiq is the composer in residence for Isa Rae’s hit HBO show Insecure.

"Saadiq's latest album, Jimmy Lee, is named after Saadiq's older brother who died of a heroin overdose years ago after contracting HIV. By creating Jimmy Lee, Saadiq's first album in eight years, the artist says it's helped him confront a lot of his reeling thoughts — from the loss of Jimmy and other unresolved childhood traumas to America's system of mass incarceration." (NPR)

The Alano Club of Portland and Mississippi Studios are proud to present a conversation with Raphael Saadiq about coping with loss, grief, trauma, and how we preserve and honor the memories of those we love.

This event is not a musical performance. The conversation will be followed by a brief Q&A if time allows.